is a piece of mineral crystal which, in cut and polished form, is used to make jewelry or other adornments. However, certain rocks (such as lapis lazuli and opal) and occasionally organic materials that are not minerals (such as amber, jet, and pearl) are also used for jewelry and are therefore often considered to be gemstones as well. Most gemstones are hard, but some soft minerals are used in jewelry because of their luster or other physical properties that have aesthetic value. Rarity is another characteristic that lends value to a gemstone.

Apart from jewelry, from earliest antiquity engraved gems and hardstone carvings, such as cups, were major luxury art forms. A gem maker is called a lapidary or gemcutter; a diamond cutter is called a diamantaire.

A selection of gemstone pebbles made by tumbling rough rock with abrasive grit, in a rotating drum. The biggest pebble here is 40 mm (1.6 in) long.

The traditional classification in the West, which goes back to the ancient Greeks, begins with a distinction between precious and semi-precious; similar distinctions are made in other cultures. In modern use the precious stones are diamond, ruby, sapphire and emerald, with all other gemstones being semi-precious. This distinction reflects the rarity of the respective stones in ancient times, as well as their quality: all are translucent with fine color in their purest forms, except for the colorless diamond, and very hard, with hardness’s of 8 to 10 on the Mohs scale. Other stones are classified by their color, translucency and hardness. The traditional distinction does not necessarily reflect modern values, for example, while garnets are relatively inexpensive, a green garnet called tsavorite can be far more valuable than a mid-quality emerald. Another unscientific term for semi-precious gemstones used in art history and archaeology is hard-stone. Use of the terms ‘precious’ and ‘semi-precious’ in a commercial context is, arguably, misleading in that it deceptively implies certain stones are intrinsically more valuable than others, which is not necessarily the case.

In modern times gemstones are identified by gemologists, who describe gems and their characteristics using technical terminology specific to the field of gemology. The first characteristic a gemologist uses to identify a gemstone is its chemical composition. For example, diamonds are made of carbon (C) and rubies of aluminium oxide (Al2O3)

Many gems are crystals which are classified by their crystal system such as cubic or trigonal or mono-clinic. Another term used is habit, the form the gem is usually found in. For example, diamonds, which have a cubic crystal system, are often found as octahedrons.

Gemstones are classified into different groups, species, and varieties. For example, ruby is the red variety of the species corundum, while any other color of corundum is considered sapphire. Other examples are the emerald (green), aquamarine (blue), red beryl (red), goshenite (colorless), heliodor (yellow) and morganite (pink), which are all varieties of the mineral species beryl.

Gems are characterized in terms of refractive index, dispersion, specific gravity, hardness, cleavage, fracture and luster. They may exhibit pleochroism or double refraction. They may have luminescence and a distinctive absorption spectrum.

Material or flaws within a stone may be present as inclusions.

Gemstones may also be classified in terms of their “water”. This is a recognized grading of the gem’s luster, transparency, or “brilliance”.Very transparent gems are considered “first water”, while “second” or “third water” gems are those of a lesser transparency.

How to choose bracelet Size? | Jawaherna

Bracelet measurements indicate As shown in the diagram, use the ruler to measure the width of the palm of your handat the widest point (except the thumb). Measure the size of the control table below,you can choose the appropriate caliber bracelet.[Bracelet caliber]62-66mm (wearing 50-52mm diameter bracelet)74-78mm (wearing bracelet with inner diameter 56-58mm)66-70mm (wearing 52-54mm diameter... 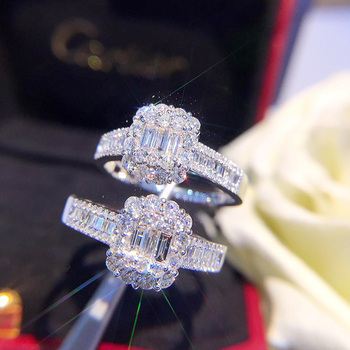 Finger thickness measurement Measurement Description: 1. Wrap a wide note around the week on the desired finger2. Mark the pen at the intersection of the wraps3. Tilting the paper, measuring the length of the note with a ruler, which is the need to buy the ring circumference4. In order to...

How to choose bracelet Size? | Jawaherna

Feb 20, 2020
Jewels Blog
Read More
Stay up to date
Register now to get updates on promotions and coupons.